US President-elect Donald Trump has warned companies they will face “consequences” for outsourcing jobs abroad, as he announced a deal to keep about 1,000 jobs in the United States rather than move them to Mexico.

US President-elect Donald Trump campaigned fiercely over the last 18 months, pitching for several things, including a re-write of the US immigration policy and bringing back jobs lost to outsourcing. This has a direct bearing on Indian IT. 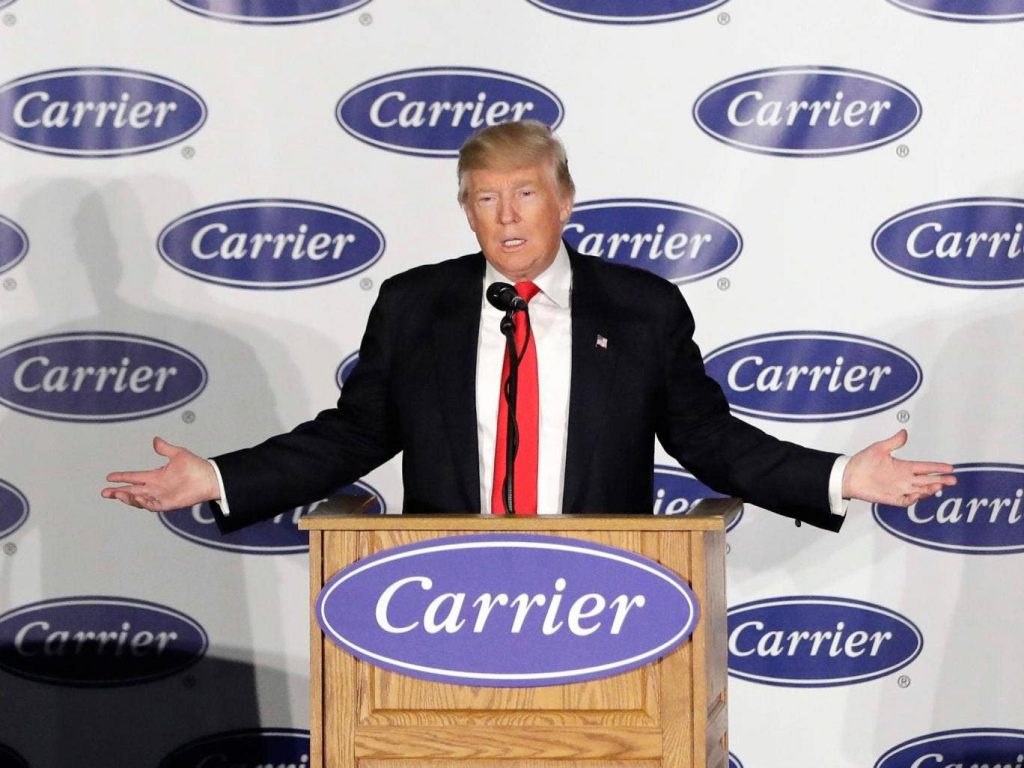 The Indian IT industry makes about 60 per cent of its $100 billion plus revenue from the US — through the jobs outsourced by companies in America. Also, if reforms in the H-1B system see minimum wages going up for foreign workers, Indian IT companies may have to shell out higher wages.

Had Clinton, made it to the White House, things would have looked better for the sector. She supported an automatic green card for foreign students who earned a STEM (Science, technology, engineering and Mathematics) degree at a US university. These students could have been employed by Indian IT companies for offshore positions; it is the lack of required skills among IT professionals in the US that forces them to take people from India to work offshore on H-1 B visas.

Multiple challenges
The Indian IT sector is already facing multiple challenges — from a shrinking pie for its traditional services business, and increasing competition to narrowing margins.

Industry body Nasscom is all set to revise growth for the sector down to single digits in 2016-17. Now, if companies in the US are forced to limit outsourcing, there may be a bigger risk for these companies. During his campaign, Trump warned companies of a 35 per cent tax if they “fire their workers, move to another country and ship their products back to the US”.

However, given the large contribution of the Indian IT industry to the US economy through taxes, and CSR contributions, Trump may not come down too heavily.

A lot of Trump’s extreme thoughts are unlikely to see light of the day. “These could also be election-related rhetoric; we have seen this in the past, too. However, it for sure increases the uncertainty in the market for companies…,” says Arup Roy, Research Director, Gartner.

American companies may cut back on their discretionary spends because of uncertainty in the business. Already, with low interest rates and poor business sentiment, IT spends by US companies, especially in the financial services space, have fallen in the last few quarters.

Switzerland has not increased the quota for highly skilled workers in 2016 after reducing it in the previous year. So, Indian IT companies may have to do some local hiring, he adds. TCS has already reduced its visa filings this year and has indicated the desire to do local hiring in all markets it operates in, including the US.

The big five Indian IT companies may be more successful in being able to get the necessary talent as they have been spending on brand building in the US too. Infosys, TCS, HCL Technologies and Wipro have also been spending on several CSR initiatives in the US.

Cost increase
Though most industry experts say that Indian companies may see their wage costs go up with local hiring, the industry is in denial.

A Nasscom report says that the industry pays equal wages to US nationals as well as Indians on H1B visas. In 2013, while a US citizen was paid about $81,447 a year for his work, an H1B visa holder was paid $81,022, with an additional $15,000 on visa and ticket costs for the individual and his spouse/family. It adds that it is talent shortage that makes US companies hire from India. Nasscom quotes a report that shows 46 per cent of openings in STEM jobs go unfilled for more than a month in the US.